The people of Malawi play an important role while traveling through this special country. In not many other places will you meet people as friendly and helpful as here. Malawi is called the “Warm Heart of Africa” for a reason, and that’s not only because of the pleasant climate. So, it’s time for a blog about Malawians!

First a bit of history. The oldest evidence of settlements around Lake Malawi dates from about 60,000 years ago. Various peoples with a Bantu background moved further into the continent from South Africa. This also applies to the region that is now called Malawi. That name probably means something like ‘’fiery flames’’, after the sunrise over the Lake.

The iconic red sun can be seen on Malawi’s flag

The name could also come from the Maravi Kingdom, from the Amaravi people. These people left the Congo region at the end of the 15th century because of unrest and disease. They were stronger than the Bantu tribes they encountered and at the height of the Maravi Kingdom, they ruled most of today’s Malawi and parts of Zambia and Mozambique. Gradually, the Amaravi came to be known as the Chewa, which seems to originate from an old word meaning “foreigner.” To this day, the Chewa are the largest ethnic group in Malawi. Although English is the country’s official language, many more people speak Chichewa. Especially outside the cities, where 70% of Malawians live of small-scale farming or fishing. 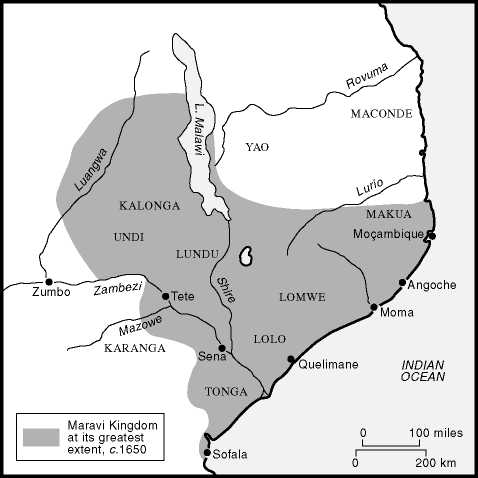 This map shows the extend of the Maravi Kingdom

During the 16th century, the first Europeans came into the region. Mainly the Portuguese, who wanted to trade in ivory and iron. Later they also started trading slaves, that had to work on the Portuguese plantations in Mozambique and Brazil or were sold to the Arabs. In the 19th century, Shaka Zulu disrupted many lives in South Africa, causing lots of people to flee. The Angoni went as far as Malawi. They had adopted a variety of Zulu fighting techniques, so they were feared and could easily take control over the areas they wanted. 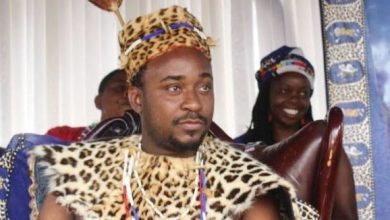 During the same period, the Yao left northern Mozambique because of famine and unrest. These relatively rich people acted independently and stayed away from conflict. They traded with anyone who had something to offer and built strong relationships with the Arabs. In 1859 Dr. David Livingstone ‘’discovered’’ Lake Malawi. The Yao told him they called this water Nyasa, so Livingstone noted Lake Nyasa on his map. Not knowing that the Chiyao word nyasa really just means lake. Lake Lake was later changed to Lake Malawi when Nyasaland was officially named Malawi. Under British colonization (1883 – 1964), large numbers of missionaries, especially from Scotland, came to spread Christianity. They also established schools and hospitals in Malawi. The Arabs already had a significant Islamic influence on the country. These two different religions still live peacefully and respectfully together in Malawi.

Malawians are strong and proud people

Life in Malawi can be tough, but people generally handle this fairly well. They change what they can and the rest gets accepted. However, this acceptance doesn’t mean that people no longer have dreams! Many depend on agriculture and therefore also on the seasons. Read William Kamkwamba’s story of the tremendous effects a drought has on families and entire communitie The population of Malawi consists largely of hard workers. Both physical work and creative work. Malawi is, for example, famous for its beautiful wood carvings! People are also proud of their country and family and of what they have achieved together. Stories about how previous generations built and expanded villages with blood, sweat and tears are still told regularly. Usually these stories contain heroic elements, such as fighting off hyenas!

Our friend Gift has developed his own unique wood carving style

Each region and culture has different ways to keep the more traditional stories alive. Usually this involves a lot of dancing to rhythmic music. The Chewa have the “Gule Wamkulu”, a kind of secret society of men, the Nyau. In the Chewa culture, women play the most important role in the community. The Gule Wamkulu is thought to have originated as a kind of counter voice. Only adult men who have undergone special rites are allowed to be a part of it. Because of the colorful clothes and large masks, everyone remains anonymous and the men can share their honest opinion. Usually different moral lessons are passed on as well. Gule Wamkulu mainly takes place in the season after the harvest in July. It also happens at the Nyau’s discretion at special weddings, funerals, and the appointment or death of a Chief.

It is no secret that we often question the wide array of foundations, charities and other “rescuers” in Africa. In Malawi there are many! Unfortunately, often the wrong interests come first, so many projects fail. We could say a lot about this, but let’s save that for another time. For when we sit around the fire with a beer, for example!

Of course, this doesn’t mean that all organizations from the West are doing a bad job in Malawi. For example, we came into contact with the new Dutch SEEn Foundation. This stands for Sustainable Education & Entrepreneurship network. And that word sustainable is exactly what makes the difference! No short-term thinking, but really building the future. Together with the local community, so that not our, but their interests are looked after. We are very proud to be a part of this.

Because of COVID-19, no one from SEEn could travel to Malawi and we fulfilled the role of ears, eyes and are a conversation partner. We are now more and more involved with the Nguwe community in the Kasungu District, about a two hour drive from Lilongwe. The people in this community have a dream to develop better education and also to improve their agriculture. In all kinds of steps, we try to support them as well as possible to achieve this. Directly and sustainably!

This is a very interesting process for everyone. Including us! Especially when it comes to building a good relationship with all these people. We think of ourselves as being well-behaved and that we treat everyone with respect. Still, it doesn’t hurt to reflect on this regularly. Respect can have a very different meaning for different people. We still make mistakes every day and really try our best to keep learning from those. Fortunately, people know we are genuine, but you never want anyone to feel uncomfortable because of you.

The “white savior syndrome” is something we have been aware of for years, but unfortunately far too few people think about it. A statement like “Malawi is one of the poorest countries in the world, but the people are happy!” is actually so wrong. No one is ever happy with being poor. It is fantastic that many Malawians are ambitious and have a positive attitude, but nobody is satisfied with not being able to feed their children. On top of that, in general people don’t want to receive monthly financial donations. You wouldn’t want to be so dependent on someone else, would you? That is why we don’t bring money with the SEEn Foundation. Instead, we assist with the means to let the Nguwe community build their own independent future.

We regularly talk and sometimes even argue about this topic with different people. One of them is Patricia, who has a beautiful guesthouse with a social mission in Ghana. She is also a coach for expats, volunteers and travelers there. A guest blogger wrote a good story for her website that further opened our eyes. Read here about Western volunteers in Africa and the effect taking photos has.

We have made many mistakes ourselves, but are now more aware of what we post online. We usually know the people on our photos well (like Howard and his family) and have always got permission. We try to make sure everyone receives the photos themselves as well!

On your travels through Malawi you’ll meet many special people. And special people need special names! I’m not referring to the beautiful local names, such as Thando (“Our Love”) or Chibale (“Kinship”). I’m talking about the crazy names that sometimes turn out to be a strange translation, but often also a joke that got out of hand. Although these are not always officially registered names, it really is how these people are known.

In Nkhata Bay, for example, we met two young men in a bar. The first introduced himself without blinking as Pineapple Express. His friend was called Cheese On Toast. We asked if this was his favorite food, but he had never even tasted cheese in his life. Of course, us Dutchies can’t imagine that at all… The next day in the village we met Jack Potato, who immediately proudly showed his ID card. He was probably used to the surprised looks of travelers. He clearly enjoyed the attention and immediately named us his new best friends.

In Cape Maclear I once bought eggs from Mr. Physics who seemed to have no idea what that means. One of the men who take you with his boat onto Lake Malawi is called Try More. And a bit further you will find Happy Coconut and Wonky Bum dancing on the beach. In any case, it’s always fun around here and you’ll never get bored!

When will you come to discover Malawi and meet all these special people? For more motivation and inspiration, read this blog about the other reasons to travel to Malawi.